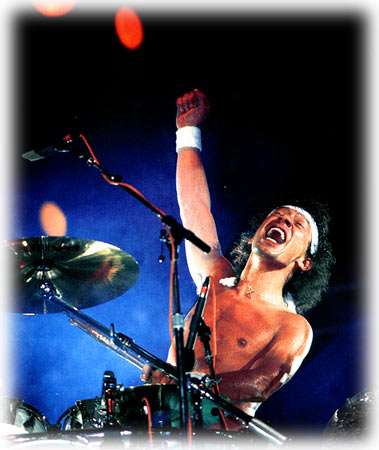 Famous groupie Connie Hamzy told Howard Stern on his December 8th show that Alex Van Halen was her best lover ever. Considering she's comparing him to Gene Simmons, Keith Moon, Peter Frampton and Willie Nelson (!) among others, it ain't half bad.

The idea is not to think to much about how they look now. Keith Moon is not even the one that looks the most like a mummy. (Ok that was in bad taste).

By the way, Connie is mentioned in « We're an American Band » by Grand Funk Railroad.

Source: Contactmusic News
Posted by Mui at 10:09 AM